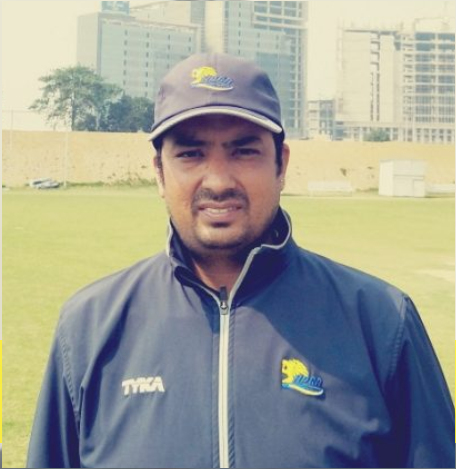 Vishal Bhatia is the youngest in the coaching staff but has loadsof playing experience behind him. He has been a regular member of Himachal Pradesh cricket team in first class circuit. He is an orthodox left arm spinner who has played more than 50 first- class matches. Due to his consistent performances for His state, he was picked to represent north zone in Duleep and Deodhar trophies. His performances helped him to graduate to the next level for India -A tour to Israel. He has also played professional cricket in England. His knowledge towards the game is excellent and enthusiasm is admirable with the young cricketers as he understands them very well.